KOF 2002 UM is the 2nd title in the UM Series and a fully upgraded ver. of KOF 2002, a masterpiece of the KOF Series deserving its place of honor alon

KOF 2002 UM is the 2nd title in the UM Series and a fully upgraded ver. of KOF 2002, a masterpiece of the KOF Series deserving its place of honor alongside KOF â€™98. Based on THE NESTS CHRONICLES, 2002 UM includes the most characters of any title in the KOF Series, and fighting game history as well! 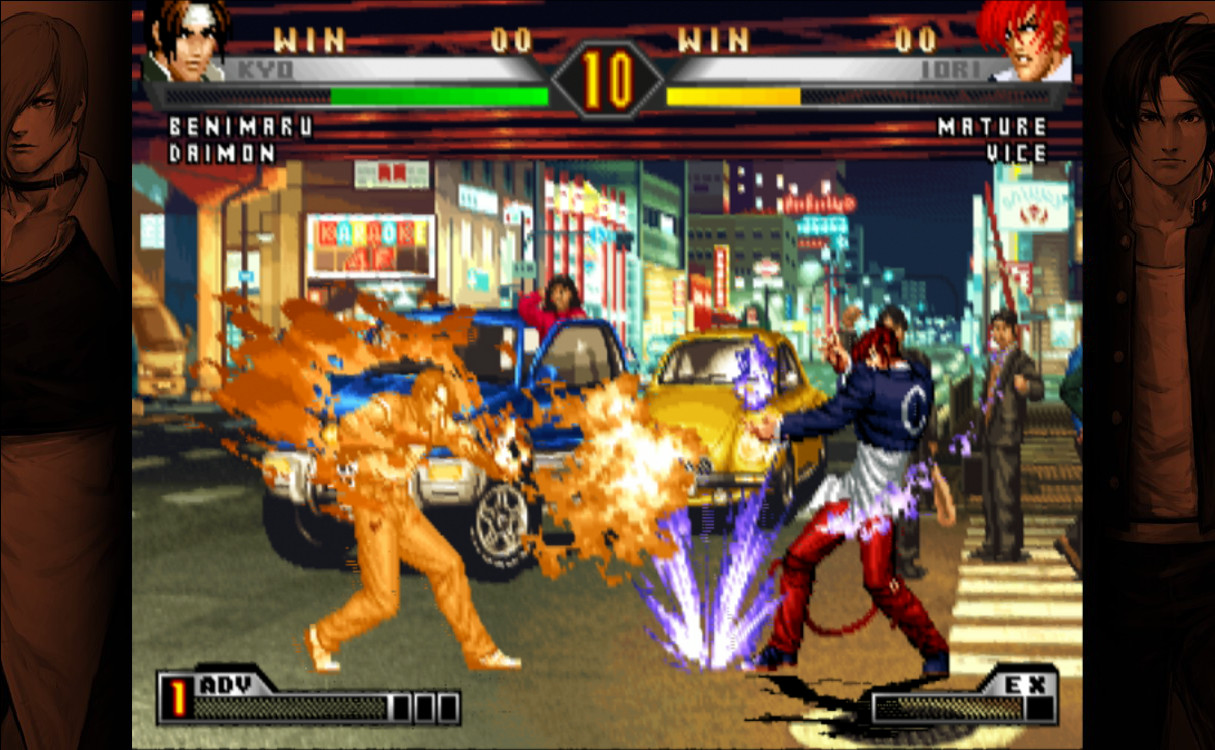 For playing our games you need install emulator to your computer

How to install emulator

To ensure that all the games you download here work as they are supposed, use them only with the recommended versions of MAME availabledirectly from our website under the 'emulators' tab. These are specially modified versions of the program, and more than 90 percent of the games won’t work at all if you use them with the regular MAME versions downloaded from elsewhere!

This game is tested and working perfectly with our emulator version MAME64ui, you can download from section emulators.

NOTICE!!! I always check the game files myself before I put them on the website, to see whether they work or not. The basic idea behind this project is to provide people both with a working emulator and games they can run on it at the same time. Unlike some other sites that offer you hundreds of games but none of them really work, I can guarantee you that all the games presented here work like a charm. All you have to do is to use the correct version of MAME emulator, both of which are also available on our website. Whether the game is supposed to run under 32bit or 64bit MAME is always explicitely stated in the game’s description.

A quick guide for you:

step 1: download the game and put the downloaded archive to the ‘roms’ folder within your MAME root directory

step 2: after launching the emulator, press F5 to refresh the game database

step 4: once the game starts, press ‘5’ on your keyboard (the one above your regular keys, not the one on the numpad) to activate the ‘coin trigger’ and then press ‘1’ (again, not on the numpad) to start ‘player one’ game. (note: these can be both remapped through the MAME settings tab, where you can also find mapping for the second player controls).

And since I spent my free time on this website, bringing you all these fully functional games, so that you too can have some retro themed fun, any comments will be much appreciated.

Have fun! Your Gbit.

The King of Fighters is a huge series, next parts you can download here:

For more videos with The King of Fighters game you can visit youtube.com

If you want buy CD, DVD with with The Fighters arcade game i can recommend you ebay.com

or you can try amazon.com

If you are looking for very detailed information about this game try to visit wikipedia.org