PartitionMagic[1][2] is a utility software for hard disk drive partitioning originally made by PowerQuest, but subsequently owned by Symantec. As of December 8, 2009, the Symantec website stated that they no longer offer Partition Magic.

The program runs on pre-Vista Microsoft Windowsoperating systems including Windows 2000 and Windows XP, but the application is incompatible with Windows Vista and later versions (although Microsoft added resizing). In any of these cases, existing partitions can be resized without loss of data.

With Acronis True Image, creating a full image backup on an external hard drive is as easy as two clicks. Once the drive is connected and Acronis True Image is running, you click Add backup. The entire computer is the default backup source, so you simply need to assign the external drive as the Backup destination and then click Back up now. After configuring the machine for operation in the company network, automated disk or system duplication tools (such as Symantec'sGhost, PowerQuest'sImage Drive, and Altiris'RapiDeploy) are used to copy the template computer's drives onto tens or hundreds of computers. These clones are then given final tweaks, such as the assignment of unique.

PartitionMagic is capable of resizing NTFS, FAT16 or FAT32 partitions without data loss, and can copy and move partitions, including to other disks. It also has various other features, including being able to convert between FAT16, FAT32 and NTFS, modify the cluster size of FAT16, FAT32 and NTFS filesystems, and merge adjacent FAT or NTFS filesystems (all without data loss, though some NTFS-only metadata is lost on conversion to FAT). Additionally, it had somewhat limited support for ext2 and ext3 partitions. PartitionMagic was the first commercial product of its kind containing patented technology.[3]

The first version of PartitionMagic was released with DOS and OS/2 support. Versions 2–3 were offered with DOS, OS/2 and Windows support. Symantec's PartitionMagic version 8 dropped the OS/2 version. Server versions were also offered under the name Server Magic for Windows and Novell NetWare servers. 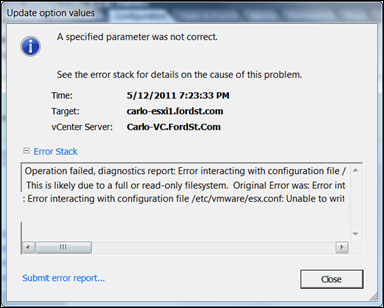 PartitionMagic, while under PowerQuest, was updated regularly, adding new features.

Once Symantec purchased the application in 2003,[11] there were no new releases, and Symantec stated that it had no plans on releasing a new version. As of October 13, 2011, the Symantec website stated, 'Sorry, we no longer offer Norton Partition Magic.'

A product named Partition Commander (from VCOM Products)[1] was not Partition Magic's only competitor.[2] There was also Paragon Partition Manager[1]

PartitionMagic is compatible with Windows NT, 95/98, ME, 2000, and XP desktop editions. However, it is not compatible with server editions of Windows NT, 2000, nor 2003 by design – a more expensive product from the same manufacturer, ServerMagic, would handle these – nor does it run on Windows Vista and later versions.