This section is a happy hunting ground for all melomanes who are fond of good music as well as of their favorite game 'Five Nights at Freddy’s'. All songs and compositions of different directions and styles are connected with one theme – animatronics and their adventures.

Five Nights at Freddy's: Survive The Night
FNAF 2: It's Been So Long
FNAF 3: Die in a Fire
FNAF 4: I Got no Time
In this section you can listen to music from all the parts of the game together with or without following sounds. Everyone interested can enjoy the modern compositions of home and foreign singers, inspired with the game and its characters. Listeners especially love songs of certain heroes: desperate Puppet and lonely Freddy, disappointed Bonnie, aggressive Foxy, and dreadful Springtrap. Some compositions are recorded in a group performance and they cannot be called good and innocent, though like the characters which sing such songs.

The Living Tombstone
Bonnie Song
Foxy Song
Freddy Fazbear Song
It seems strange, but FNAF games cause different associations on different people; that is why music based on these games varies in the genre and tonality, pitch and rhythm, sounding and tuning. Sad and happy, lyrical and threatening, dynamic and ceremonial – melodies of any direction can be found in this section, provided they are connected with Five Nights at Freddy's.
If you want, songs from Five Nights at Freddy's can be downloaded on your walkman or set as a ringtone on your phone to make your friends surprised with these unusual and distinctive melodies. Also you can record them on your computer and listen to your favorite compositions while working around house. Visit or music section, choose any compositions, listen to them, download and record – let your favorite music accompany you wherever you go. 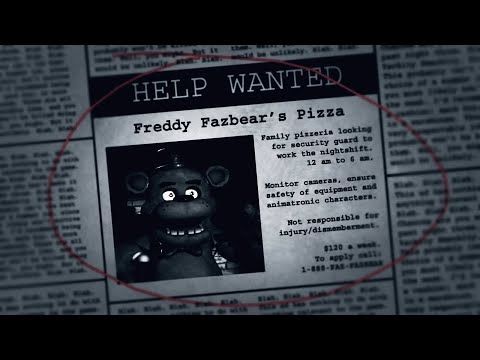 The Freddy Fazbear’s Pizzeria business simulator is the new sixth part of the Five Nights ...